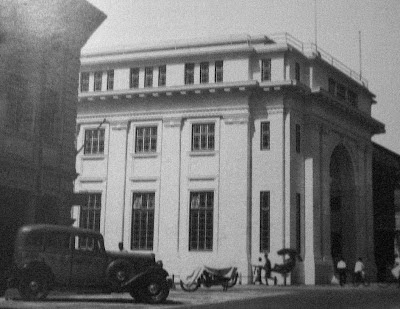 Today is 17 Sep 2007. If Ban Hin Lee Bank were still in existence, this remarkable bank would be observing the 72nd anniversary of its founding. 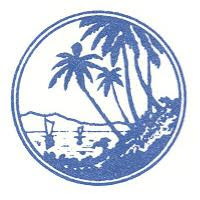 The above picture shows the bank's landmark building. On the right is the bank's logo. It has all the right fengshui signs. You would have to be sitting on the mountain to look over the sea. An unsubstantiated story has it that the five coconut trees represented his five sons and the two sailing ships, his daughters. 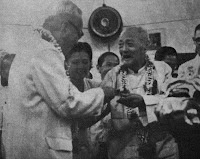 In this picture, Yeap Chor Ee is seen donating money towards a good cause. Receiving the money was Aw Boon Hor of the Tiger Balm Village fame in Singapore. 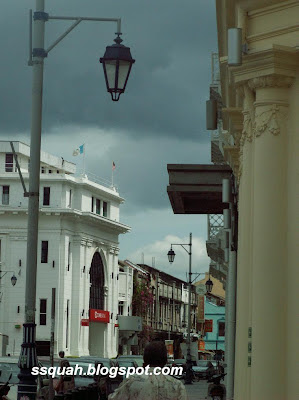 In the late 1990s, the Federal Government placed pressure on the local banks to merge. Ban Hin Lee Bank was in negotiation with Southern Bank to merge as equal partners in 1999 but suddenly, Bank Negara made Southern Bank the anchor bank in the merger process. What was first supposed to be a merger on equal footing now became heavily weighted in Southern Bank's favour. However, there could not be any turning back and the buy-out was formalised in 2001. Five years later, Southern Bank was in turn swallowed up by CIMB Bank. Today, the building still stands proud along Beach Street in Penang but it no longer sports the name of Penang's most famous local bank.

I am digging my memory bank to racall the numerous happenings in BHL Singapore & Malaysia.

I m currently researching BHL & SBB :what do u see as d legacy left by these 2 banks that has left the banking landscape? if u hav anymore info pl share wt me

Joyce, BHL Bank was a family bank and the camaraderie was shared by all staff from the top management to the lower levels. No politicking, everyone knew their places in the bank. Not so SBB. Their internal politicking left a poor taste in my mouth. SS Quah

I have a BHL Bank piggy commemorative piggy bank. Let me know if you are interested in it for a token sum?

I still keep BHL Ang pow pack, fish piggy bank & "yuan pao" piggy bank, it's prioud to be there for 4 years and I left a few months before it merged with SBB