I was reading the 1975 edition of the Penang Free School Magazine and came across this lengthy interview which the Editorial Board had carried out with the Headmaster of the day, Goon Fatt Chee. The editors posed some wonderful questions to their headmaster and he, in turn, presented some very fascinating answers. Goon was of a top mind, a quality not often seen in most headmasters today. Two pertinent questions that were asked of him:


Q. How do you define the roles of the headmaster, the teachers and the pupils in the school?

A. The role of the pupil is to learn and to gather knowledge or experience so that he can develop himself physically, morally, spiritually and intellectually for the battle of life after school. He is to learn not only subjects in the curriculum but also how to live and to adapt himself in society, for the school itself is a miniature society. So such human virtues as love, loyalty, charity, goodwill, understanding, respect for elders, temperance, tolerance and courage are to be cultivated while he is in school. He is also to learn that humility and character are important, that academic brilliance is no compensation or substitute for poverty of character and that a man without any qualms of conscience is like a body without a soul.

The role of the teacher is to teach and to guide the pupil towards the achievement of the student's goals. The teacher "walks in the shadow of the temple, among his followers, and gives not of his wisdom but rather of his faith and his lovingness. If he is indeed wise he does not bid you enter the house of his wisdom but rather leads you to the threshold of your own mind."

The headmaster's role is that of the captain of a ship. He is expected to know everything about the school. He organises, directs and supervises. He is a motivator and an administrator. He sees to the smooth running of the school and steers it as the captain steers his ship. And like the captain, he is responsible for everything and everybody on board.

Q. Why does the government pay so much attention to the students?

A. People say "Upon the students depends the quality of society and upon society the quality of the nation." The significance of this statement is obvious. Besides it is common knowledge that the students of today will be the leaders of tomorrow. They can make or break the nation. They have shown that they are capable of toppling governments, bringing down dictators and even restructuring society. I think it is this political potential in students that has caused the government to pay special attention to them and their activities, right up to University level.

On the role of the headmaster, Goon was to expand on his thoughts later when he published his book, The Role of the Principal in Malaysia, in 1980. Sadly, this book is now out of print.


When the name of Roberto Carlos is mentioned, the one thing that comes to mind is his notorious free kick in the Brazil versus France game at the Le Tournoi 1997. It was notorious because the once-in-a-lifetime banana strike curled into goal in a seemingly impossible way. It was a uniquely wonderful moment in football history, except that it is no longer unique. Mohd Faiz Subri, an attacking mid-fielder of the Penang football team, has just scored a wonderful screamer of a free-kick against Pahang in the second round of the Malaysia Super League that may actually out-bend Carlos' banana. I hear his goal is now in contention for FIFA's Puskas Award for 2016 but then, he will have to wait until next January to know the results. In the meanwhile, congratulations to Faiz Subri. 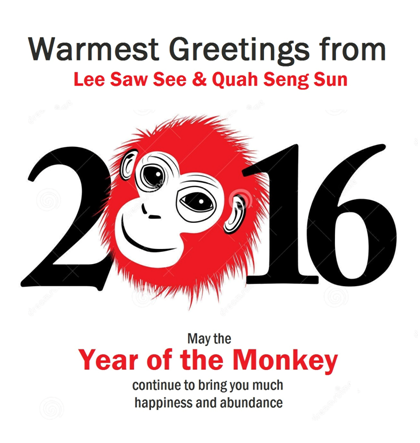 
My latest interest is, of course, taking photographs of Jupiter with my camera. I'm fascinated by the orbits of the four visible Galilean moons around this planet. At different times of the month, the moons would align differently on the two sides of the planet and no two photographs are ever the same. The two pictures below were taken just two days apart at approximately the same time in the morning, that is, around 6.30 a.m.

Of course, there are various limitations to my ability to take a clear picture of Jupiter. First, the zoom lens on the camera itself. I'm using an Olympus EPL-7 which although a decent micro four-thirds camera for everyday use, it is not enough for sky photography. However, the longest focal length on my zoom lens is only 150mm (equivalent to 300mm on an SLR camera) but this is not a very big issue by itself since I tend to process my pictures with computer software. Second, the aperture is also an issue because the widest on my lens is f5.6 after zooming out to the maximum. Relatively inadequate. Third, because of the night sky that I have to work with, my shutter speed has to slow down to one-quarter of a second which makes camera shake a big challenge. So I've to resort to bracing myself against my gate. I've used a camera tripod too but it is quite cumbersome because I have to adjust and readjust the tripod legs just to point the camera in the correct direction and place the planet in the right centre of the view. And constantly I would have to make adjustments to compensate for the Earth's rotation. But challenges aside, it is a fascinating hobby indeed.