This clump of earth had stood outside the town of Bukit Mertajam since time immemorial. Although the 541-metre high hill is at Cherok Tokun and is the focus of trekkers from dawn till dusk, people everywhere refers to it simply as the BM Hill. It's an iconic landmark of Bukit Mertajam. When travelling along the highways and expressway, seeing the hill appear in the distance means that home is nearby and fast approaching.

I remember really first noticing the BM Hill in 1973 when I joined the volleyballers from Penang Free School and supporters on a bus journey from Butterworth to a school in Bukit Mertajam for a state-wide school competition. At that time, the school had a very formidable volleyball team and they were sweeping prizes all around in the state. On that bus trip, I got to see the hill loomed ahead of us for the first time. Yes, you guessed right, that was the first time that I was visitng Bukit Mertajam on mainland Province Wellesley in all my 20 years! Fancy that.

Of course, nowadays I stay in Bukit Mertajam and I get to see the BM Hill all the time. Every time I leave the house, there it was to my right, the foothills being about two kilometres away. I can't remember the countless times that I had focussed this hill in the sights of my camera or mobile phone.

Last September when the haze was at its height, I rued the fact that the hill was shrouded by the haze. From the direction of the railway station in Bukit Mertajam, there was nothing I could see whereas in better days, the hill could be seen in its magnificence: a clump of overturned earth with the sun peeking out during sunrise.

Then came the first rains finally, on 25 Sept, that began the process of sweeping away the dust from Sumatra. Mind you, this was a few days before the start of the annual Nine Emperor Gods festival which is celebrated in the country but never more so than in Penang.

The accepted story is that the nine-day festival brings a lot of rain every year and there is not one Nine Emperor Gods festival where Penang and the northern part of the peninsula is deluged with heavy rainfall. This year wasn't any different and it was a welcome climate change for the residents here with cool days and even cooler nights. The power of the Nine Emperor Gods, I told one e-hailing driver in Kuala Lumpur recently with tongue-in-cheek.

As I mentioned earlier, I can't remember the countless times that I had taken a picture of this hill with my camera or mobile phone. More so with the clearing of the haze, the sky is seen in its splendour. There are days when I simply stop the car by the roadside just to gaze up at the hill. Here are some of the better recently-taken pictures.


We've been achieving a fair bit of local travel this month. The weekend before last had seen us travelling to Malacca, Kuala Lumpur and Bukit Tinggi by chartered bus in the company of some new-found friends - newly-found to me anyway, as my wife has known them for quite a while already - and several monks from the Nandaka Vihara meditation society in Bukit Mertajam.

And last weekend, 10 of us from Penang had flown to Johor Bahru to attend the wedding of my wife's cousin's son's wedding. A perfect excuse for her extended family members to get together. It's true what people say about relatives, once grown up, to come together only for weddings and funerals. This was the happy occasion: a wedding. At our age, no more a wedding of siblings or cousins, but now a wedding of siblings' or cousin's children.

We all had a fine time in Johor Bahru. Apart from my wife's first uncle from her father's side (grandfather of the groom), also present were her first and second aunts, fifth uncle and scores of cousins from Penang and overseas, plus their children. And so for one-and-a-half days, we travelled together, ate together and enjoyed ourselves together. We were billeted in two apartments at 1Tebrau which my wife's cousin had booked for all 10 of us. 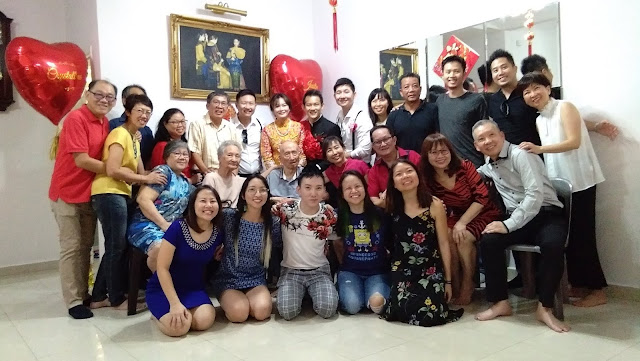 
Our final sight-seeing stop was at the Berjaya hill resort at Bukit Tinggi. As this was a place that we had not visited before, it held some considerable interest for us. The cool, cool weather was the obvious attraction. Plus, it had been drizzling lightly as the bus was making its way from the strawberry farm at Genting and this added some wetness to the place.

However, it is to be noted that the replica Colmar Tropicale there is as fake as the showcased French village at the Ba Na Hills on the outskirts of Danang, Vietnam. Still, if you can ignore this fakeness, there are things to keep you busy. Believe it or not, I was mesmerised by the three swans.

From the Colmar Tropicale, we were then transported to the replica Japanese Garden. There was an initial climb up a long flight of steps followed by a 100-metre walk before reaching the entrance into the attraction. I've always have a liking for nature, and my impression was that the Japanese Garden was so much more interesting than the replica French village. Others, of course, may harbour a different opinion. 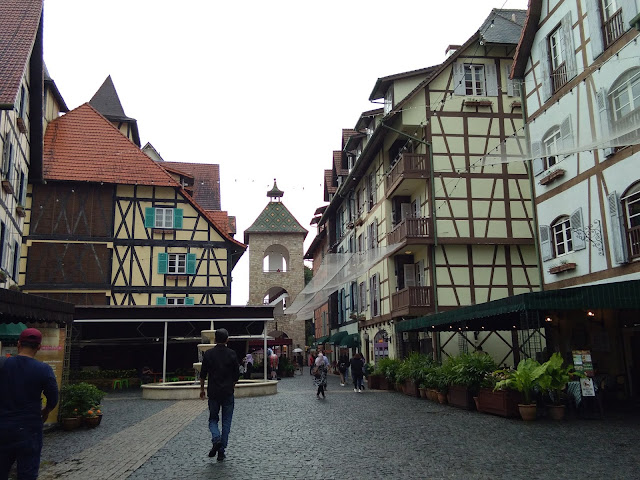 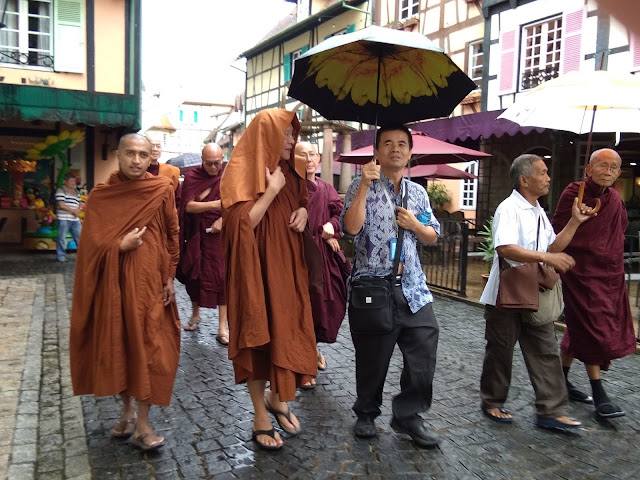 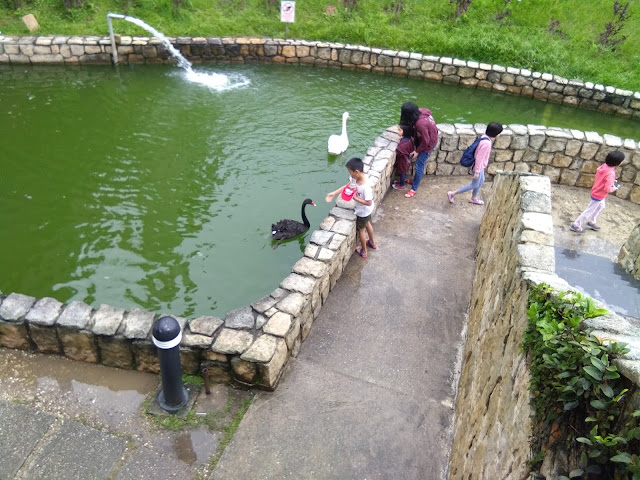 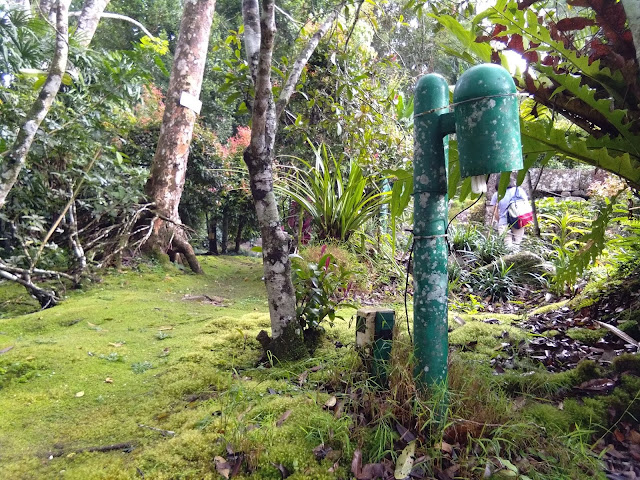 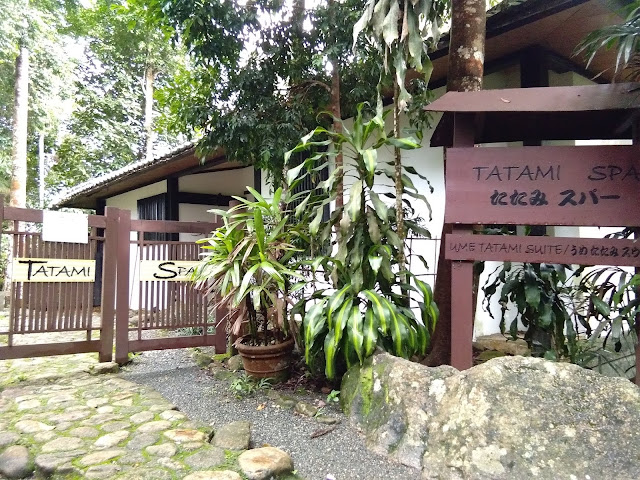 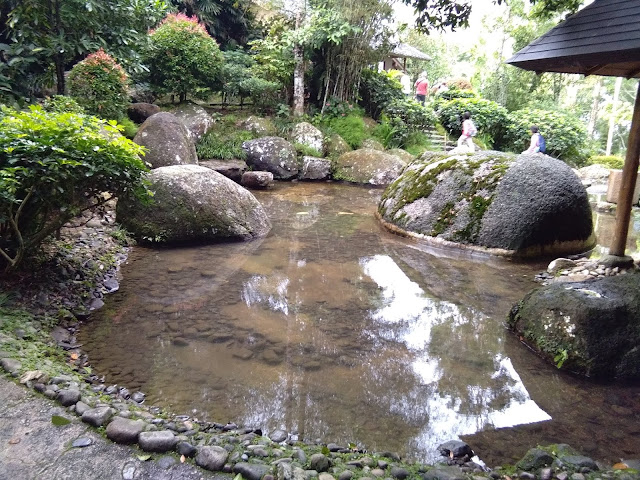 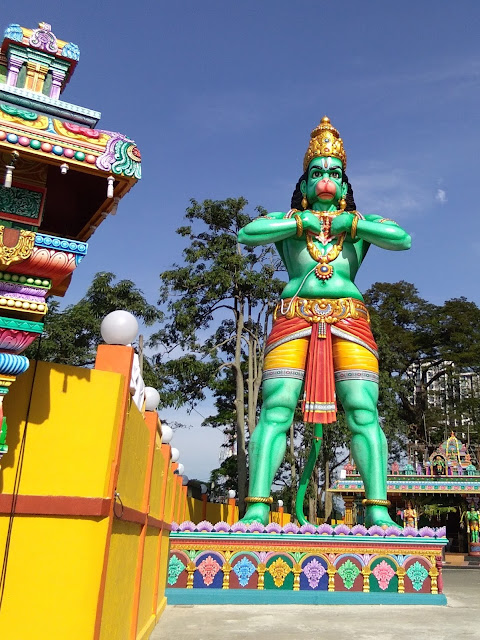 Our third visit to Batu Caves, but this time with new-found friends and the monks from the Nandaka Vihara meditation society with whom we had followed down from Cherok Tokun in Bukit Mertajam. To recap, we had gone to Dengkil and then Malacca before heading back to Kuala Lumpur.

After checking out from an overnight stay at the Hotel Royal, where we didn't get any opportunity to enjoy the facilities because we arrived so late the night before and leaving at eight o'clock the next morning, the chartered bus took us to Batu Caves.

While the monks went climbing up the 272 multi-coloured concrete steps up to the caves, we chose to have a quick breakfast of puri and ravi thosai at one of the Indian restaurants, after which I suggested a visit to the Hanuman statue. No climbing but a casual walk of about 100 to 150 metres. Before not too long, the 15-metre tall green statue of Hanuman loomed ahead of us. We spent a few minutes in the temple before heading back to the bus.

Next destination was a visit to a strawberry farm at Genting Highlands. Initially we were undecided whether to go in or not, but the farm turned out to be quite fascinating, not so much with the pathetic-looking fresh strawberries - the ones in Cameron Highlands are better - but the flowers within. Quite worth the time spent there for the blooms! 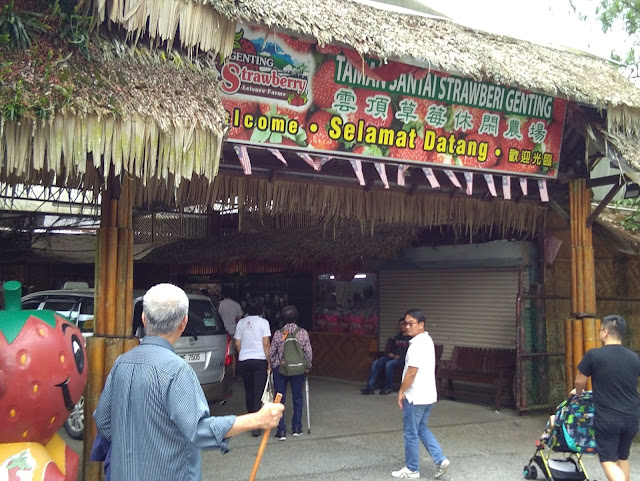 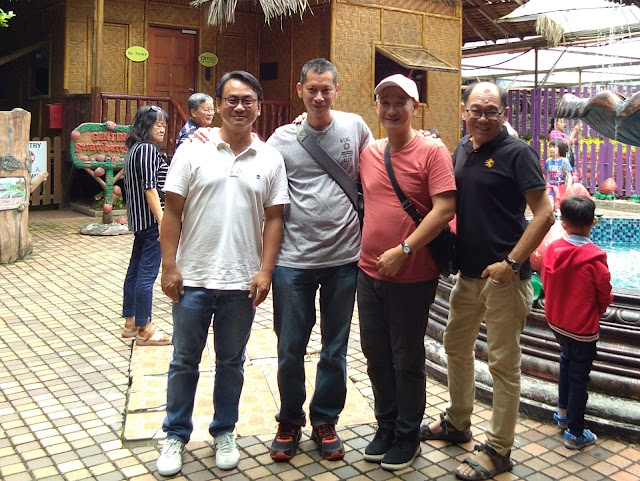 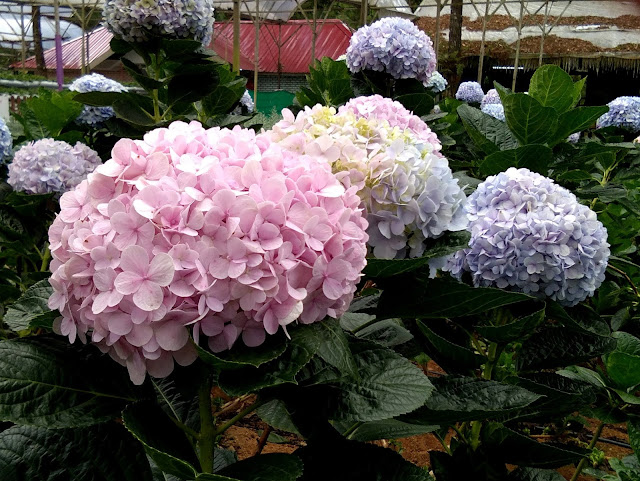 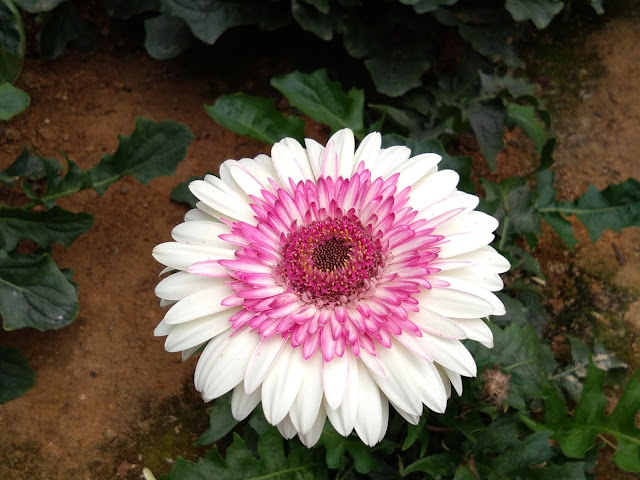 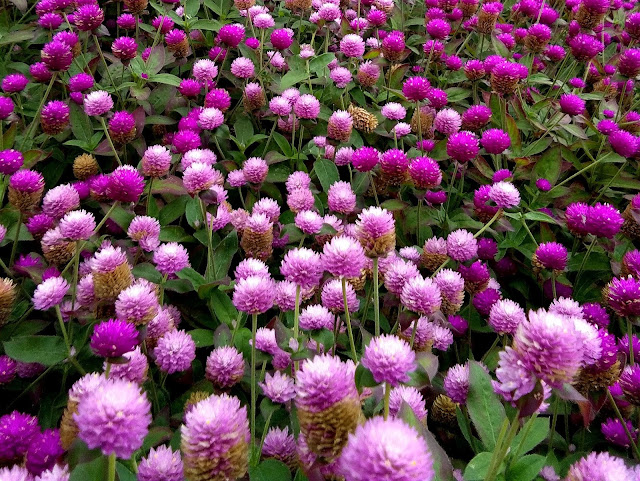 
So the MCA guy beat his Bersatu counterpart in the Tanjong Piai parliamentary by-election last Saturday by a big landslide margin. It surprised no one that Wee Jeck Seng won, seeing how the sentiments on the ground were shifting to his party. But the margin of his victory surely surprised onlookers everywhere. Except for perhaps the people in Tanjong Piai itself.

I was fortunate itself to visit that part of the country on Monday. Of course, it was in the aftermath of the by-election. We were to Kukup to visit the seaside village town. And we came across this temple in the midst of the Chinese community. Maybe I should add that in my view, Kukup is predominantly Chinese. The houses there are built on concrete stilts into the sea.

We explored the temple like any other tourist and then noticed a banner which hung on a stage opposite the temple. It was very telling. When I saw it, it totally explained why the Bersatu party had absolutely no chance of winning the by-election.

Not only in Kukup but all over the Tanjong Piai constituency. If the temple's committee leaders were 100 percent behind the MCA candidate, and had made their view so clear to all the inhabitants and residents there, what chance did the Bersatu party have of defending the seat? How can they compete against a determined lot bent on teaching Pakatan Harapan a lesson for their indiscretions? None whatsoever. 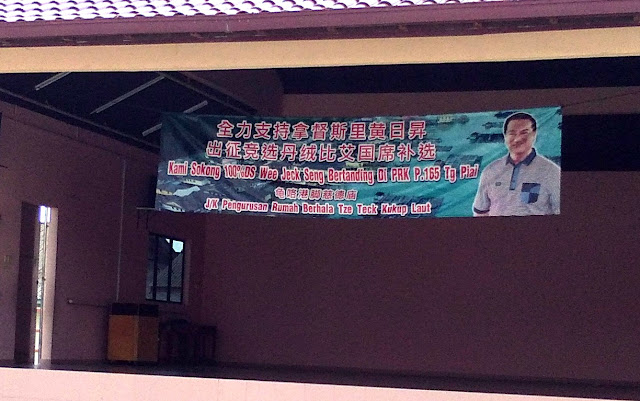 Email ThisBlogThis!Share to TwitterShare to FacebookShare to Pinterest
Labels: Elections

From Malacca to KL


The stay at the Hotel Rosa was all too brief because after breakfast, we had to check out from the rooms to begin our exploration of Malacca. Our first stop was the museum located in the Stadthuys which was within the heritage zone of the city. And after that, we climbed the St Paul's hill and visited the ruins of the old St Paul's cathedral.

After lunch, we were caught in a horrendous traffic congestion as the bus driver tried to navigate his way to the Malacca river cruise terminal. By the time we finished our little tour of Malacca, it was already past three o'clock, meaning that once again, we were way behind schedule.

The bus only reached Kuala Lumpur at about eight o'clock. A quick dinner, a 30-minute stop at the twin towers to allow the foreign monks a glimpse of the KLCC park and music fountain, and then we were dropped off at the Hotel Royal for another brief overnight stay. One full day gone and another one ahead of us. 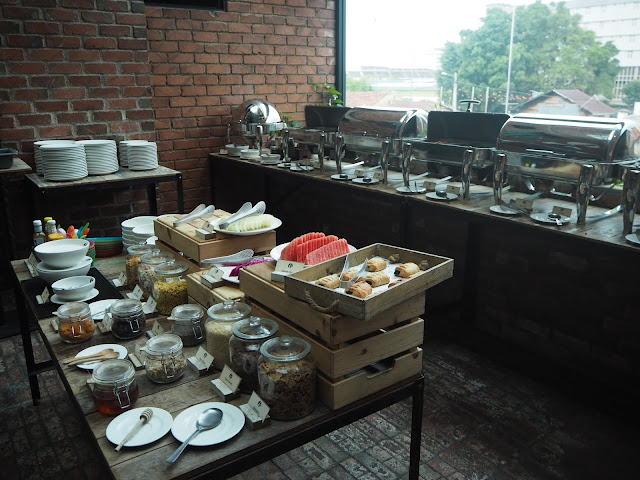 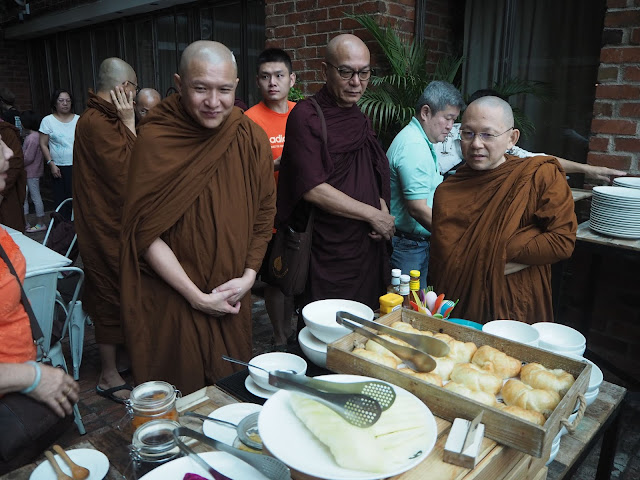 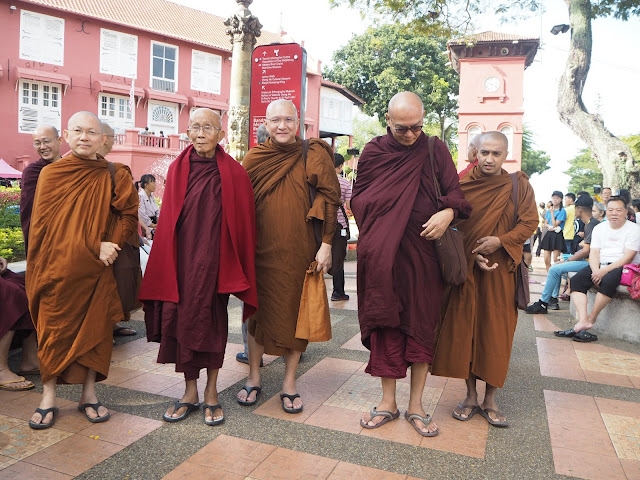 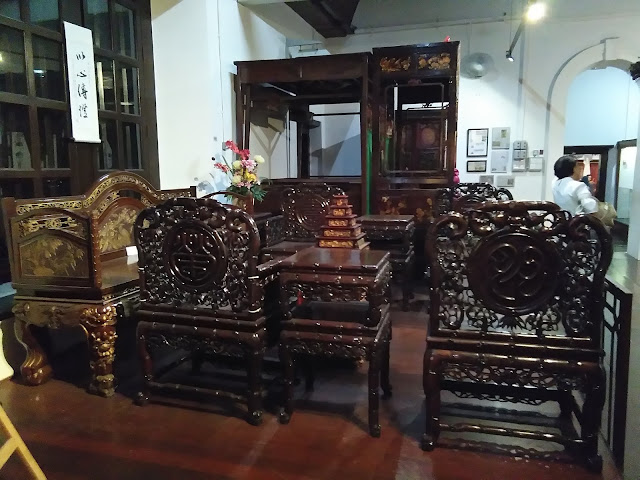 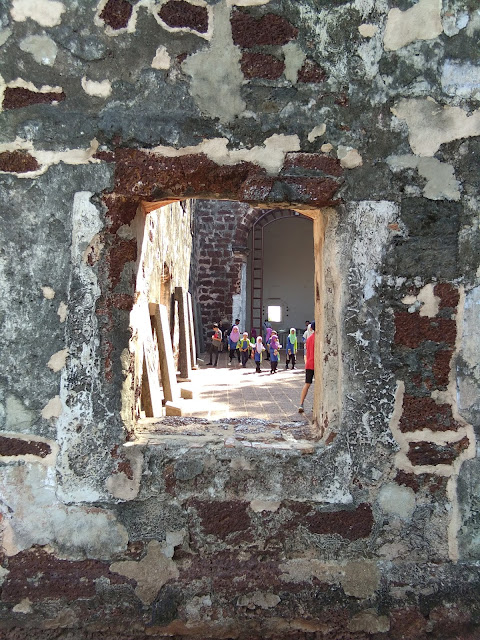 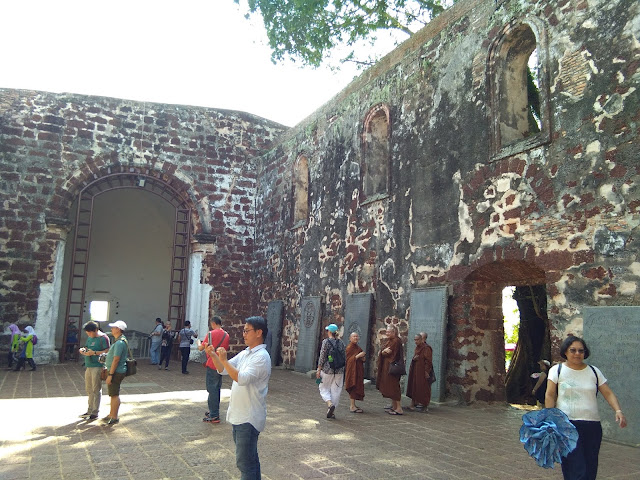 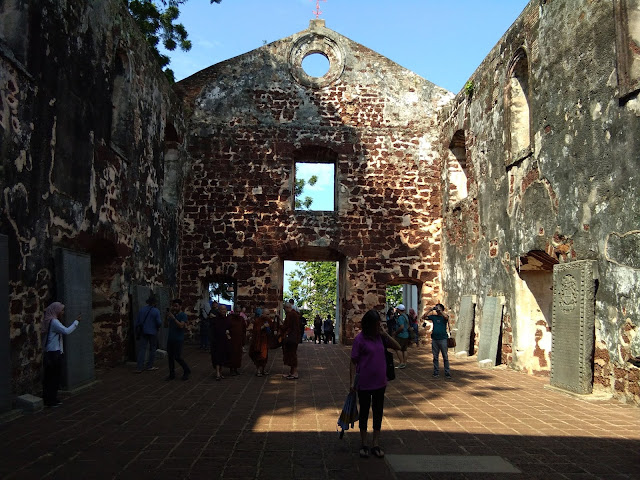 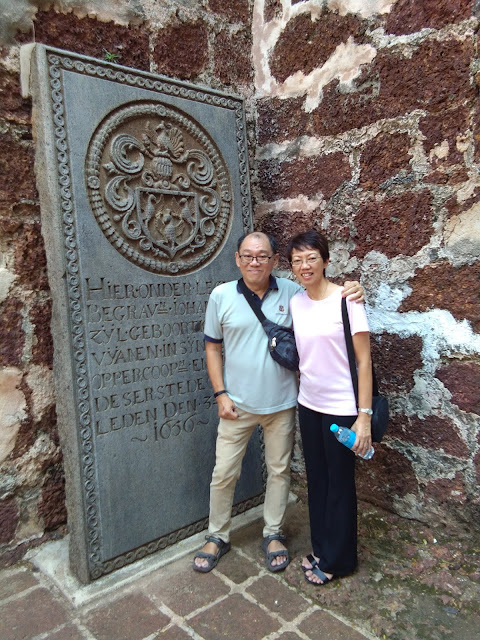 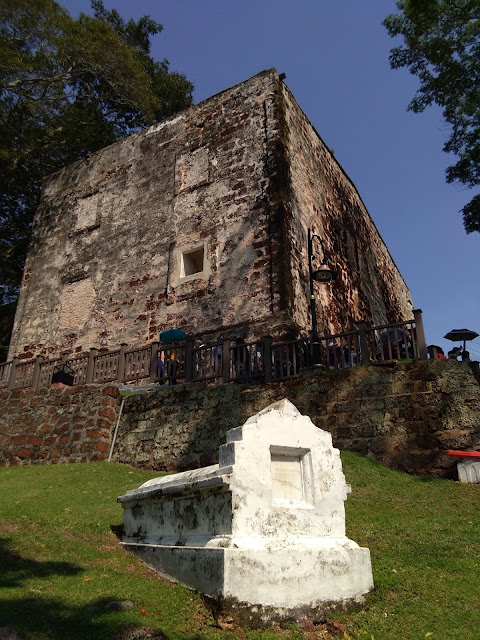 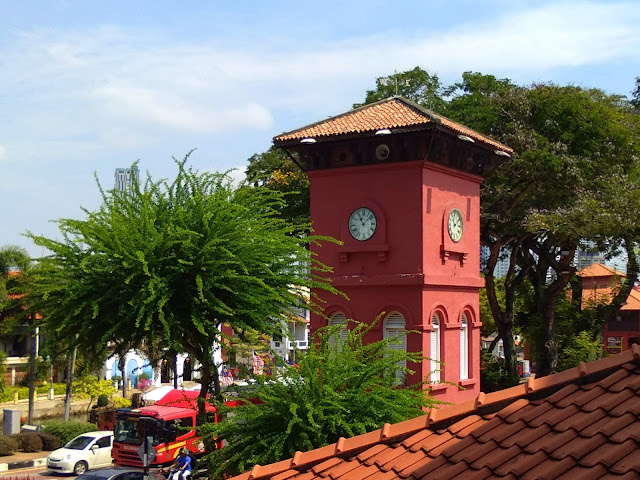 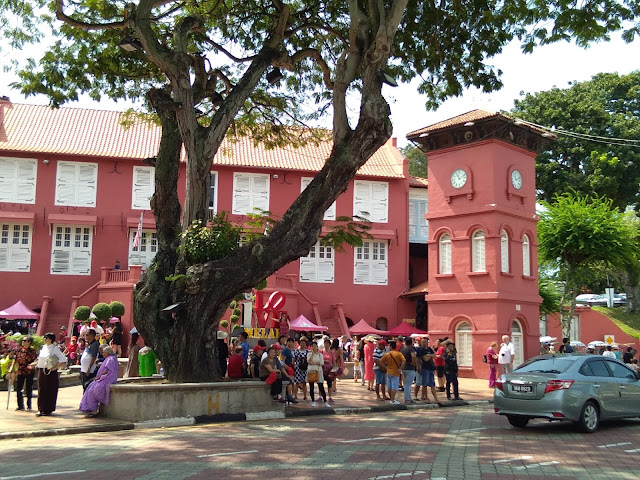 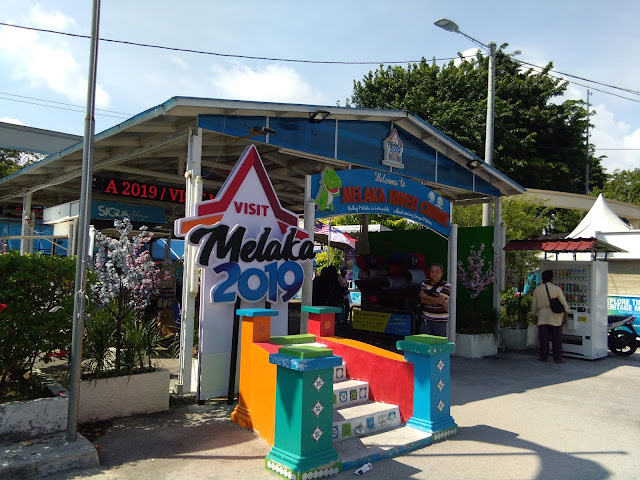 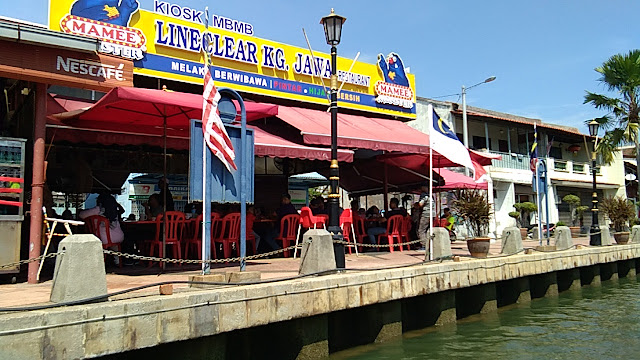