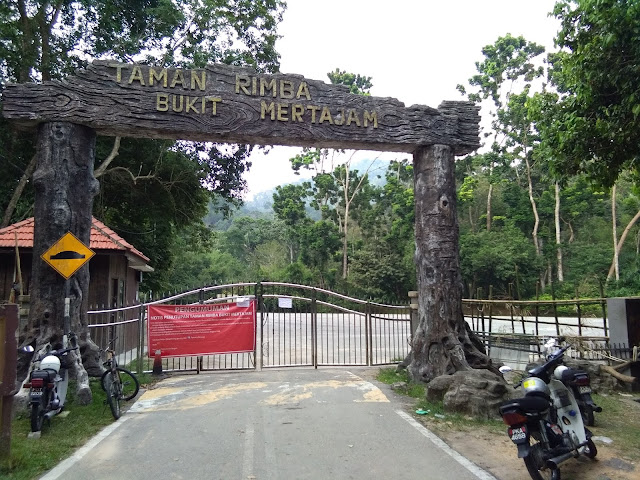 We decided to go up the Bukit Mertajam hill in Cherok Tokun a few days ago. Driving in, we had to stop before the main gate into the forest park because it was closed to all vehicular traffic. We asked the guard why and he replied saying that the road leading up to the summit had been destroyed due to the heavy rain about two weeks ago. That must have been the thunderstorm we experienced on the night of 28 May. Several roads in the town had been inundated with flood waters then. We didn't realise that it had affected the hill too. 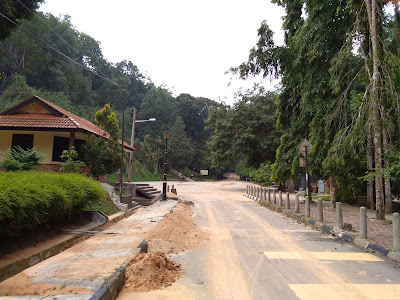 But can we go in, we asked the guard hopefully. Okay, lah, you can go it, he replied. If he did not let us in through the gate, he was sure that we would have tried to sneak in somewhere else. Might as well let us through. So, thankfully, we walked in and he closed the gate shut again after us.

As we walked towards the second car park, we could see the extensive damage. Rushing water could be very unforgiving as it destroys everything in its path. In this instance, the water had brought down the earth and soil from further up the hill and the mixture of water and debris had further eroded the road surface and embankments.

I would suppose it is going to take the Forestry Department months before all the damage could be repaired and the park opened to the general public again. 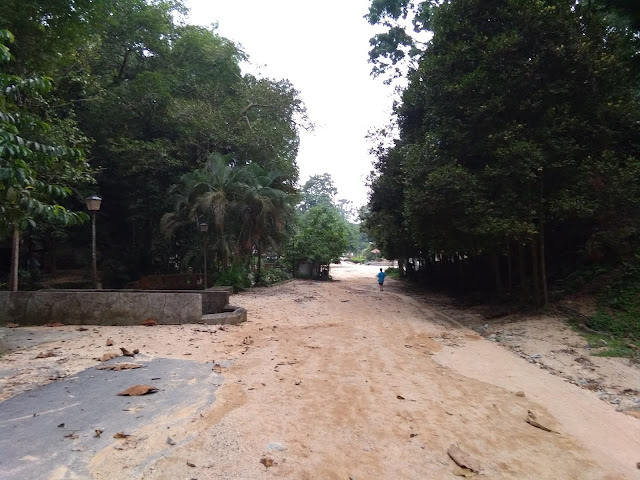 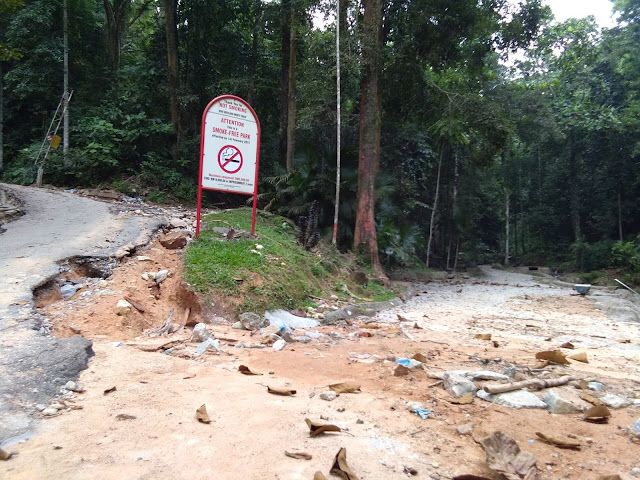 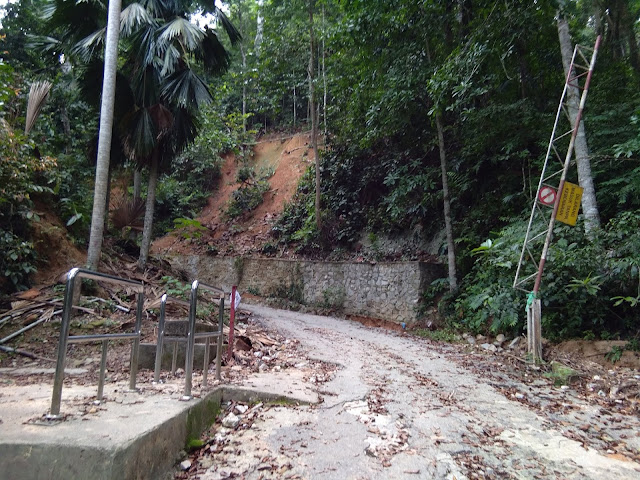 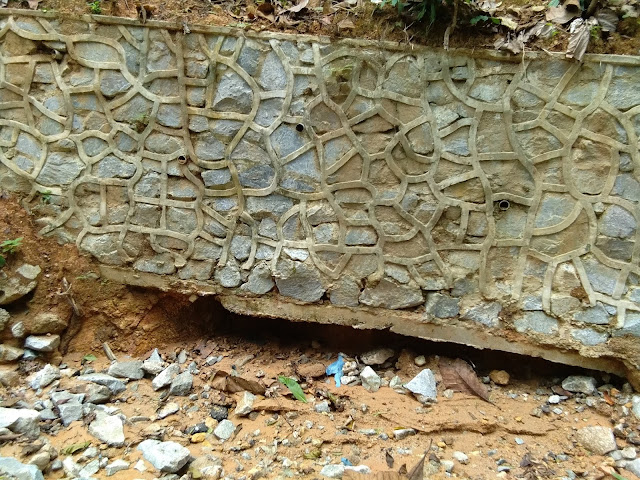 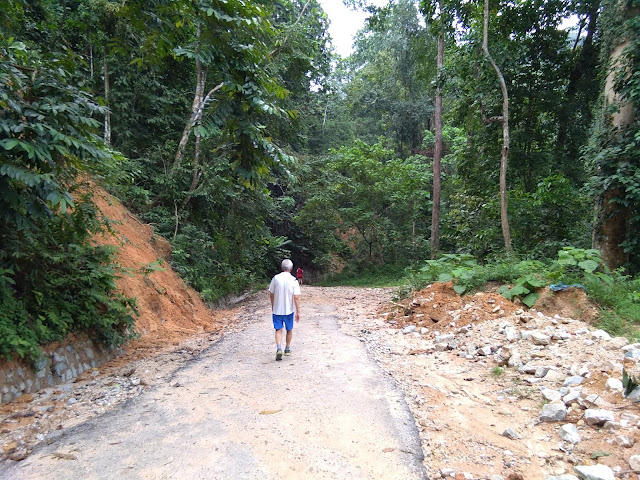 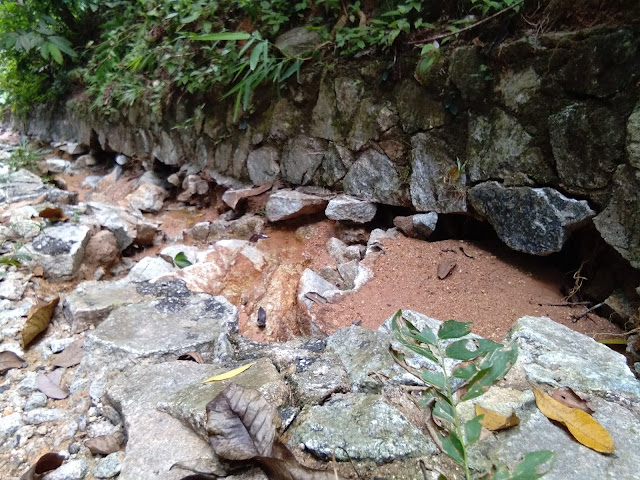 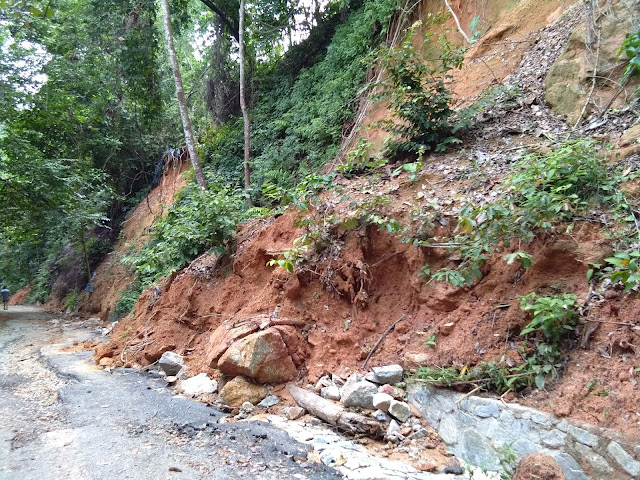 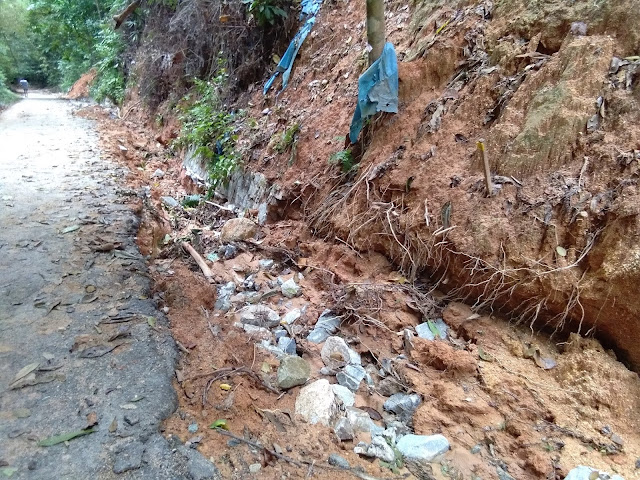 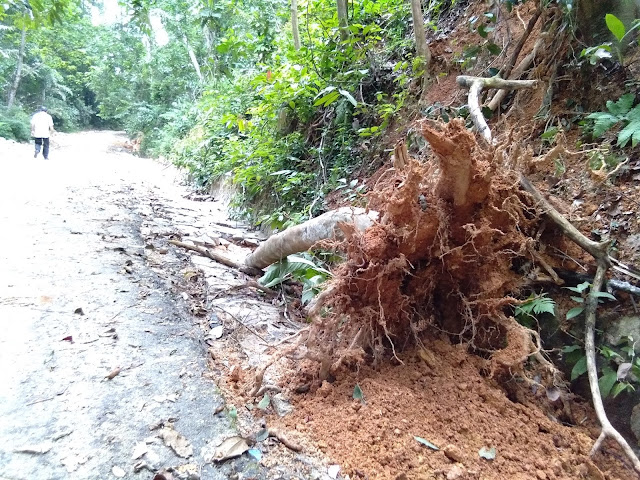 Email ThisBlogThis!Share to TwitterShare to FacebookShare to Pinterest
Labels: environment

Here's wishing a joyous Selamat Hari Raya Aidil Fitri to my Muslim friends and a feastful Dumpling Festival to my Chinese pals.

Email ThisBlogThis!Share to TwitterShare to FacebookShare to Pinterest
Labels: Festival

The signs were there


Had it been a momentous enough 14th General election for you, right from the word "Go" when Parliament was dissolved on 7 Apr 2018? In a sense, it really was. I believe the ditching of the most corrupt Barisan Nasional government that had ruled the land since Independence in 1957 was indeed momentous. Unprecedented. Akin to pressing the reset button on a computer. An opportunity to start anew. Only thing is that there will be a lot of resistance from the remnants of a population that had lived on dedak for the most of their lives and who still want to believe that their race is superior over others. That will require a lot of political will by the new Pakatan Harapan government to overcome. But I'm confident that with time, they will succeed.

I was quite nervous but hopeful for an upset victory. Sometime at the end of April, I was having lunch with a few childhood friends and we were talking about the obstacles that the previous government had put in the paths of the Pakatan Harapan. Obstacles like gerrymandering of voter borders, giving a notice of deregistration to Mahathir's Bersatu party, the inability of contesting under a unified PH logo, and many more. And of course, challenging times gave rise to ingenious solutions, such as the decision for all the Pakatan parties to campaign under the Parti Keadilan Rakyat (PKR) logo. That, in my opinion, was the most brilliant solution. I don't think anybody in the Barisan side could have foreseen this happening but even if they had done, they would have dismissed it. So confident of retaining power, those people.

But on the ground, the tens of thousands of people that came out nightly to attend the Pakatan cheramahs told a different story. People were fed up with the rising cost of living, people were fed up with corruption. People wanted change. All these signs of impending trouble were dismissed by Barisan. So sure again were they of retaining power.

In Penang, of course, the signs pointing to a victory for Pakatan at the Federal level were not so clear. After all, Pakatan have held power in Penang for 10 years already. The cheramahs in Penang were rather insipid affairs. No fire in whatever the candidates were saying. We already knew all the issues. And they were simply defending their positions. We felt comfortable. Excited though we all were, we were not totally caught up in the whirlwind sweeping the rest of the nation. Nevertheless, I tried to caution my friends that they should tread carefully and be aware of what their political enemies were up to on the ground. Know thy enemy, I told them. 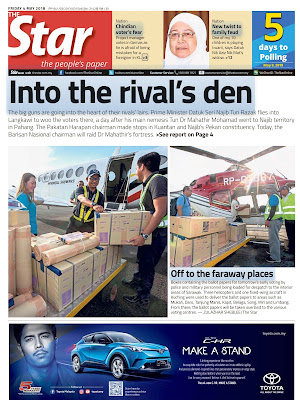 I believe the turning point in the campaign was on the third day of May. Mahathir had gone into Pekan, his archenemy's liar to give a cheramah. It was reported that hundreds of Felda settlers turned up to hear him speak. Perhaps the numbers were not in the thousands, unlike other towns and cities, but it was still a respectable number. Then on the following day, the newspapers reported that Najib would be turning up in Langkawi where Mahathir was standing for a parliamentary seat. "Into the rival's den" was how The Star newspaper had described it. Now, that would be interesting, I had thought to myself. How big a crowd would the sitting Prime Minister attract? I was disappointed when subsequently, I learnt of the purpose of Najib's visit there. Goodness, he wasn't in Langkawi for a cheramah; he went there to meet with some business leaders for a dinner function. Was that all? In the middle of an election campaign, was that all? How many of them were there? What sort of business leaders would you find there, anyway? No cheramah for the people? I knew then that he would be in trouble if he was passing up a chance to speak before a crowd, no matter how small it was. Here was a Prime Minister who was too afraid to meet the people. He was afraid that nobody would turn up to hear him speak. How pathetic! From that point on, I began harbouring a growing belief that there was now a better than good chance of Pakatan Harapan pulling off a win at the polls.